It’s the best moment of the year. At least, that’s my opinion! The first snow of the season is a moment I am looking forward to from the moment the snow has melted in spring. This year the amount of snow (in autumn) was quite a surprise, we were able to have a lot of fun thanks to the big load of snow that mother nature had given us.

I started off my day by taking out the sledge from the shed, fixing it up a little bit and, of course, taking it for a ride. I own only one Siberian husky that is of age to run, so usually me and my neighbor combine our dogs and go for a run together. 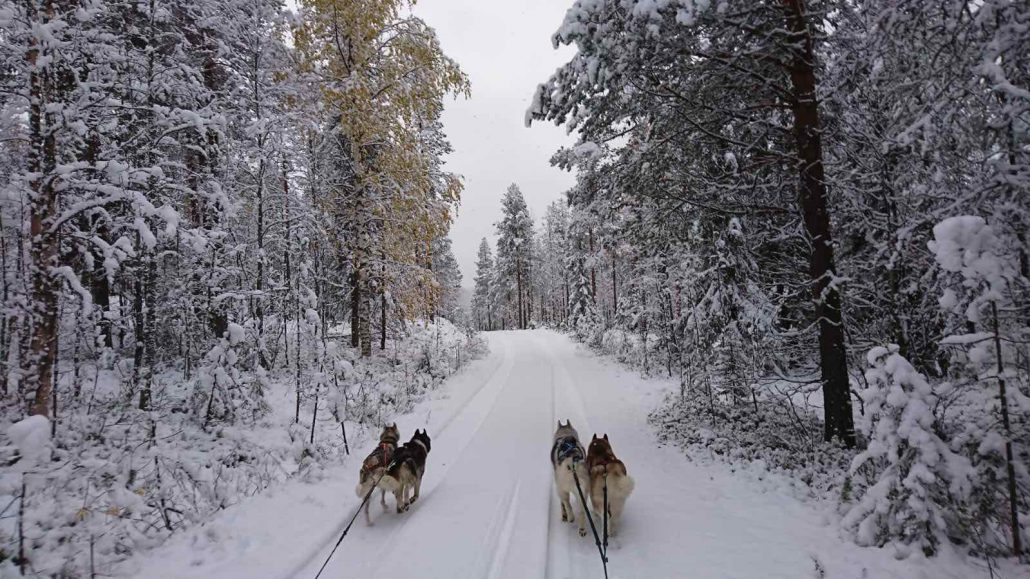 The dogs were really excited because of the snow, and that made them work extra hard in front of the sledge. But still, us humans had to work hard as well, since the snow was so heavy and wet that it was too hard for the dogs to pull us all the way. Not that we minded, it was great to be back on the sledge!

After some rest and warming up by the fire, we started our afternoon hike. The snow makes everything look so romantic and breathtaking. The sun was setting quite early at the time, which made the scenery even more unforgettable. 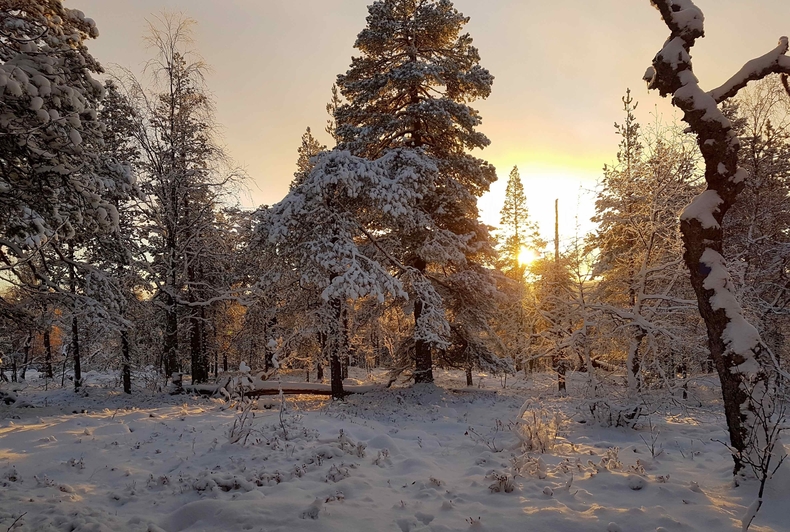 During our hike we walked between some tracks of reindeer that had been there not so long ago. Luckily, with two huskies, it’s not hard to find their current location. After a couple of meters of sniffing their way through the snow, we were able to spot them in the distance, but sadly they decided to run away after a quick picture.

Of course, with a scenery this beautiful, you have to take pictures of your husky, just to add some to your already way too big photo collection. 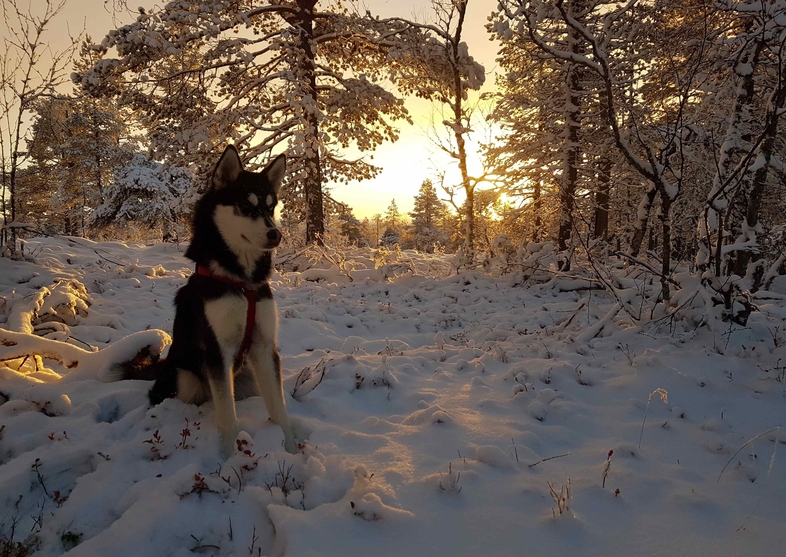 After our hike we ate some small snacks and went off to our next activity: watching the northern lights. Word in the village was that it was going to be a breathtaking show tonight, so of course we didn’t want to miss out on it.

We made our way to the river and made a nice little campfire, prepared our cameras and then, we waited. But we didn’t need a lot of patience this night: just after 10 minutes, the show had already started.

Let’s be honest, in this case pictures say more then words. 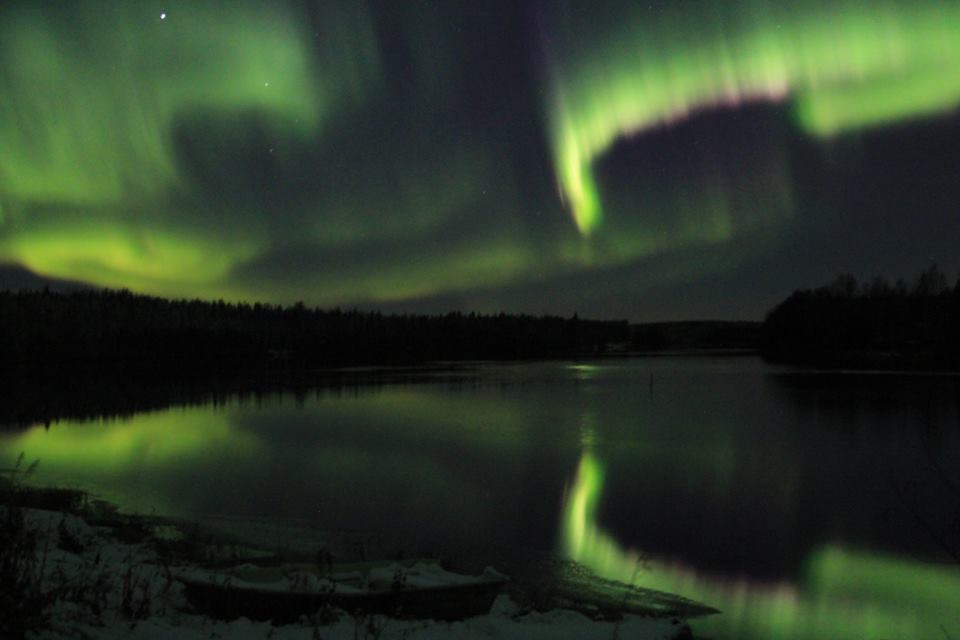 Then we went off back to our cottage, where we would wake up the next morning knowing that the snow fun was only going to last for a couple hours more. Luckily the real winter is already around the corner. And I couldn’t be more excited about it!